The Ironic Thing Is… 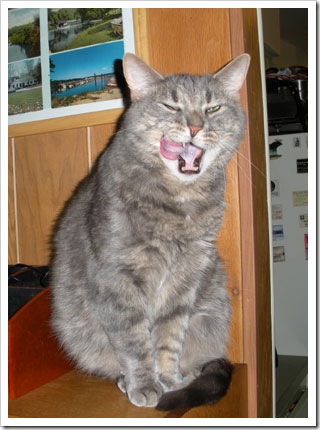 This cat is named Happy.

Actually, the cat photo is to serve as a distraction from the fact that I haven’t posted at all this week. The excuses are as follows:

As an addendum, I hope that Sean Hannity realizes that Keith Olbermann isn’t going to let him alone on his offer to be waterboarded for charity. Olbermann is taking him up on it and putting up a thousand dollars a second for the families of the troops, and I doubt Hannity is going to hear the last of it unless he agrees to do it.

Oh, and it’s kind of riveting to watch the GOP get nuttier and nuttier. It’s hard to look away from that for long enough to post this.